By all accounts, a good majority of web hosters don’t have a stellar reputation among clients. Three years ago, WHIR told us the main reasons they get a bad rap, which merit revisiting since they are still largely valid:

We’d like to add that Hosters should not only look at these individual ‘pain points‘ of customers and address them, but examine how they are arriving at this information and informing their opinions on each company.   Word of Mouth is what most contributes to socialising good and bad customer experiences, and it remains an extremely important factor in decision making. It can have good or awful repercussions in any business, but given the amount of people who search for reviews online, this is definitely something to watch out for. Regardless of the specific attributes that the customer values most (maybe it’s price, or customer service, or something else altogether), any negative review will make them think twice.

Comments like “So many people have told me [company] was a nightmare, so I avoided them”, or “[company] is awful for anyone who isn’t a webmaster or isn’t familiar with webhosting”* will influence prospective clients, and with people being generally more inclined to take to the web to post negative reviews, the odds aren’t in favour of web hosters’ reputations recovering any time soon, unless actions are taken by the companies in question. As Prof. Baumeister of FSU found in his study “Bad is Stronger than Good“, we’ve come to realise that “Bad emotions, bad parents, and bad feedback have more impact than good ones. Bad impressions and bad stereotypes are quicker to form and more resistant to disconfirmation than good ones.”

There are ways to mitigate these bad reviews and eventually nip them in the bud before they make it out there, and it does have a lot do with customer responsiveness. Don’t leave bad reviews alone, because how you handle them may actually help your image. For a refresher, read Keepify’s tips on How to turn Complaining Customers into Loyal Advocates. Additionally, ReviewSignal has a great system in place that uses sentiment analysis to gauge the ‘approval’ rating of a hosting company. It’s a good way for SMBs to get started on picking a company and for Hosters to see how their reputation is faring.

Additionally, what this shows us is that very few companies are offering above average customer experiences. There is an opportunity there. A Small Orange built an amazing reputation based on its service and SiteGround, A2 and DreamHost are clearly taking advantage of this. Will you?

To see how reviews can affect you, take a look at our Hall of Famers below:

“Their customer support answered almost instantly (via chat) AND even though I had some very dumb questions, they never got smart and linked me the resources, they typed out the answers. Not only that, when I canceled I was refunded my month of hosting!” – Reddit User Thistlemanizzle

[everyone hates (hoster) because of]  “a mixture of their annoying checkout process where they try to upsell you on any and everything web site related that you don’t need, their clunky control panels, and their sleazy ads.” – Reddit user way2know

” […]all of a sudden they became the Comcast of web hosts. Every single thing I had to do was a fight with an obviously apathetic employee.” – Reddit user oddmanout

The website crashed. They claimed to have lost all backups. It took them a month to get a terrible website back up. We started a routine project to move the site. I’ve been on the phone for over 2.5 hours so far and all I’ve accomplished is the website is down for 2 hours now. Unbelievably bad. There’s a reason why they are cheap. JUST SAY NO if your website matters to you. – Reviewer Richard Byrd 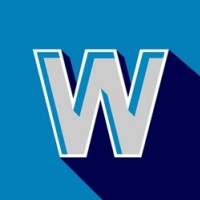 Founder, CEO and Head of Culture at marketgoo. From time to time I like to write about our startup life, culture and the SaaS and SEO ecosystem.