A lot of our readers are just starting out with their sites and many of you want to know more about how to get more traffic and eventually be able to monetise your blogs. We’re excited to bring you an interview with someone who has done it himself: Jeff Campbell, who is a blogger over at Middle Class Dad. He covers a variety of topics from parenting, marriage, personal finance and more. His blog is almost 2 years old and his traffic grows about 25% each month through a combination of SEO, paid advertising and social media posting. He currently averages a little over 5,000 unique monthly visitors.

What is something you wish you knew about SEO when you began Middle Class Dad?

I wish I knew the importance of doing keyword research properly. In the very beginning, I just wrote about things that interested me and hoped that by posting on social media people would naturally find and share my posts. What I found was that unless I spent a lot of money boosting posts, paying for ads or paying for followers it could take decades doing that organically (if it happened at all).

Now I target specific keyword phrases that people are actually looking for, see how much existing competition there is and decide if I have the domain authority to outrank them. I blogged about my specific approach and the free tools I use to DIY SEO.

Now that your blog is about 2 years old, are there any rookie mistakes you see aspiring bloggers making?

I also think in general a lot of bloggers get into blogging thinking they can make a lot of money quickly when in fact it can take a long time to grow the site, grow your writing style and a following.  In general, as I approach my 2nd year, I feel like I’m just now starting to really figure everything out (but still have a lot to learn). So be patient, don’t get discouraged and don’t give up right before it might start working.

Another rookie mistake both with blogging but also with creating a product I see is doing what you think people want rather than validating the ideas first and then providing a solution to what people want. I have a lot of blog posts that I think are great that no one reads because they weren’t providing a solution to problems people were having. Validation can be as simple as doing SEO properly but it also needs to involve connecting with real people; relevant Facebook groups, forums, starting a Facebook group and responding to every (real) comment and email my website gets.

Lastly I would say to new bloggers to really pay attention to what’s working and what’s not working and put your limited time where it gets the best results.

To this day, Twitter gets me fewer than 10 visitors per month (to my website) versus Pinterest and Facebook which get me thousands and hundreds respectively. And yet I have thousands of followers on Twitter. Despite that, for many months I devoted just as much time to Twitter which in the end was time I could have spent on what was actually getting me results. Just try things long enough to have a good gauge.

How long did it take for you to start seeing a significant increase in traffic numbers? Do you find it was a gradual increase or due a specific action(s) you took in terms of promotion, marketing, content or link-building?

My goal is to grow my traffic about 25% each month over the previous month and I’ve been able to hit that. My current average is about 5,000 unique monthly visitors and the majority each month are 1st time visitors. I’m on par to end April 2018 with close to 9000.

Once I started paying attention to SEO and grow my organic Google traffic (now my #1 traffic source) that was when I began to grow faster. I also began to focus more of my social media time on Pinterest which is my #2 traffic source (unless I’m paying for Facebook traffic).  So overall it’s been a slightly slow and gradual process. Learning SEO properly and doing it from the get go would have helped a lot though. But having said that, a brand new website still takes time to rank and get indexed by Google properly.

A common issue we see is that  SMBs don’t have much time or knowledge to dedicate to SEO, content and link-building and so their returns on organic efforts aren’t as amazing as they’d like. Can you tell us about all the effort you put in creating great content and promoting it, and what you felt when it started to pay off?

I’ve built everything thus far by myself, learning as I go. I hope to eventually be able to monetize enough to outsource some of it, but the one thing I’m sure of is I would never outsource something (FB ads, SEO, web design, etc.) I didn’t at least have some knowledge of.

Otherwise, as you say, expectations can be unrealistic and you have no way of gauging whether or not the company or person you hired is doing a good job. I always had the intent to write good content but I’ve had to go back to my earliest posts and do a lot of editing as I’ve learned so much that I didn’t feel like those early posts were very good. In the beginning, especially not understanding SEO, my content was very rambling; long sentences and long paragraphs. I also either tended to not use the keywords enough or stuff them unnaturally.

I began running Facebook ads in mid 2017 and it took me a while to figure out how to target correctly and split test different audiences and ad copy/images. That being said that 1st month doing ads I did double my traffic. In the end I feel like FB ads can work, but since I don’t (yet) have a product to sell, I don’t think paying for ads all the time makes sense just to grow traffic and my email list. I also feel like paying for traffic requires doing it constantly or the traffic dies off vs. SEO which is ongoing.

I began to see my organic Google traffic explode early 2018 after about 3- months of going back to my older posts and optimizing for SEO. I need to spend more time on link building for sure as I know that’s important as long as it’s done naturally.

One of the best ways to get natural backlinks from relevant sites is by doing guest posts on other websites in a similar niche. I think the best strategy there is to target sites with a higher domain authority than mine, but not so high that I would get ignored (in other words don’t start by approaching sites like HuffPost).

I began trying to guest post earlier in 2018 and have 2 thus far with hopefully several more coming later this year.

Brick and mortar business owners often get so focused on running their business that they don’t realize the business potential of SEO, content and link building unless that was their background already. Unfortunately many just hear about it, hire someone they heard about through referrals and as I said, never bother to learn even the basics of it so they can gauge if it’s working. And they can waste a lot of money in that process. Learn the basics, follow experts like Brian Dean of Backlinko and then hire an expert to take it to the next level and watch your traffic explode. 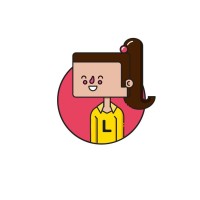